Salohra is a concept for a science fiction movie. The plot takes place in a magic world were there is rivalry between creatures. The feud is over a star that a giant once stole from the sky ages ago and became a diamond which is their only source of light.
The movie poster is a collection of sourced photos that were manipulated and edited to create a scene strong enough to drag the attention of the viewers without the need of featuring a main character. The images include pictures of various valleys and mountains that were manipulated to create an entirely new environment and fit the concept of the movie. The dramatic lighting and colour effects are strategically placed to draw the attention of the viewer to the main focus and then open to the rest of the scene. Therefore, giving them a brief idea of what the movie entails and raise curiosity and intrigue.
The movie masthead was also edited to support the story behind the poster, with the use of gold and typography that compliments itself to become a concise wordmark that can be easily distribute and used as a promotional asset. 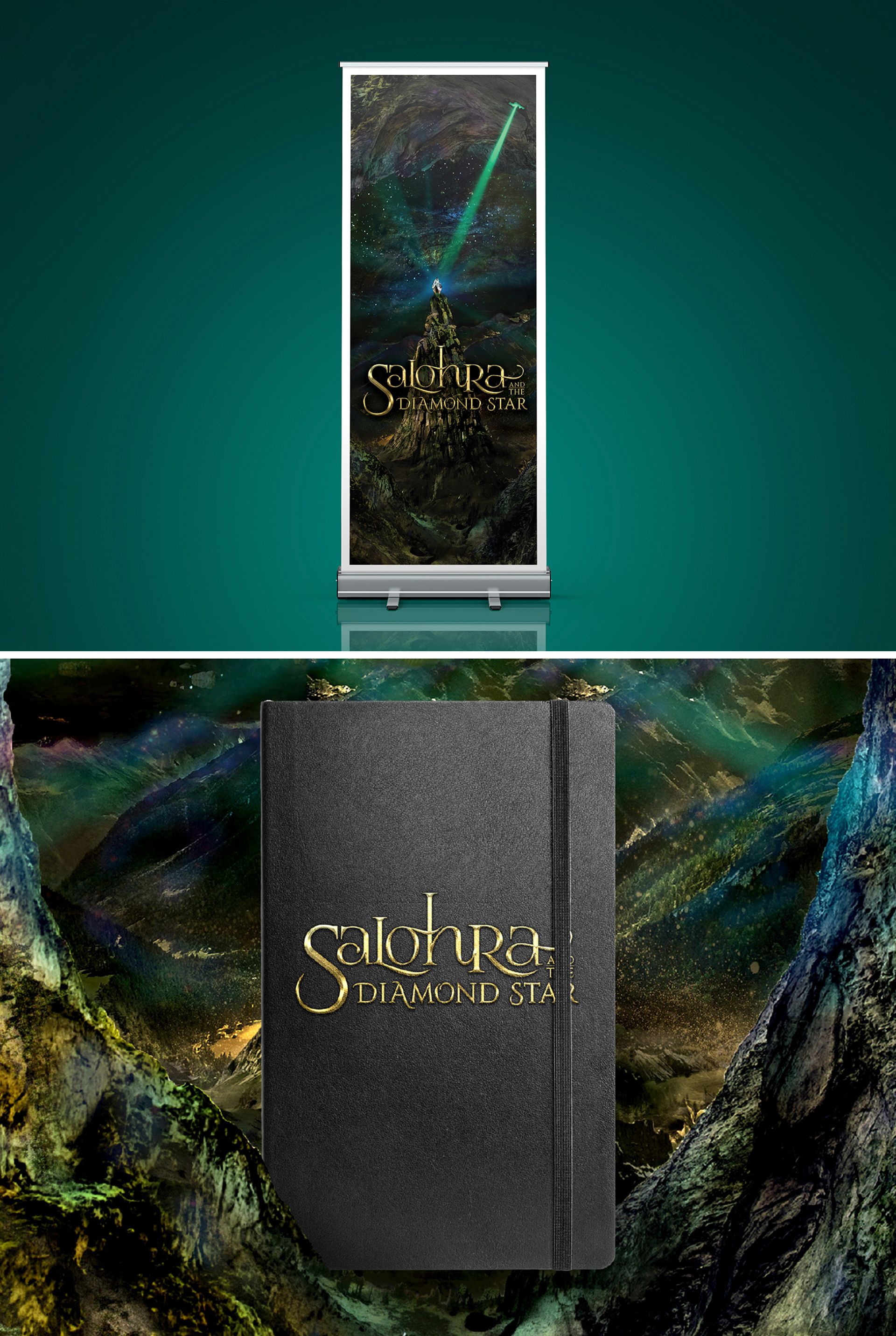